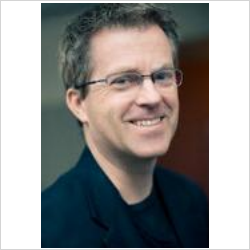 Born and raised in Chicago before moving west to Colorado in 1996, Matt Walsh is the founding partner of MAKE It Education.

Professionally, Matt comes from the financial services industry, where he was a floor trader on the Chicago Stock Exchange for over 15 years. Although he was not in New York on September 11, 2001, he spent a great deal of time in Manhattan near the now famous towers. That day became one of Matt’s most defining moments, planting the seed for a career change and starting him on the path to becoming a small business owner outside the financial sector.

In 2004, Matt and his wife Andrea opened Serenity, a full-service day spa voted Best Day Spa and Best Customer Service business in Summit County, Colorado, in its first year of operation. Three years later, they opened Splish, an environmentally friendly and socially responsible hair salon. In 2008, heeding the telltale signs of the downshifting economy, they sold Serenity to focus on franchising Splish.

In an effort to grow Splish in the “down” economy, Matt began looking at failed, closed salons. Seeing that the vast majority were owned by hairstylists, Matt and a team of industry experts established MAKE It Education, featuring a half-day class called Business Brains for the New Hair Salon Owner. Designed to reduce salon failures by providing commonsense and applicable business knowledge to cosmetology students and anyone dreaming of owning their own hair salon, the class also helps existing salon employees who don’t understand what goes into building and operating a salon. As Matt says, cutting and coloring is a far distance from owning and operating!

Matt has spoken at several major universities, many cosmetology schools, and America’s Beauty Show in Chicago. An avid snow skier, he also teaches ski lessons to young children at his favorite ski mountain, Keystone, in the winter.

Matt and his wife Andrea live in Keystone, Colorado, with their two children, Jackson and Meghan.