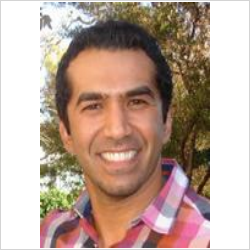 Subway Franchise Owner and Development Agent
Raghu and his brother Rohit Marwaha own over 100 Subway franchises and oversee 400 Subway restaurants as Development Agents in Southern California. They also take an active part on several boards within the Subway system. In 2001 they won the Franchisee of the Year award in Los Angeles, and in 2005, the brothers won the Development Agent of the Year award for all of North America. Interviewed by Winn Claybaugh and asked about the key to his success, Raghu responded, “Focus on what is coming ahead. Many business owners are too busy pouring the champagne when they reach a goal or milestone … they take their focus off of the next step. Our attitude has always been to conquer something else.