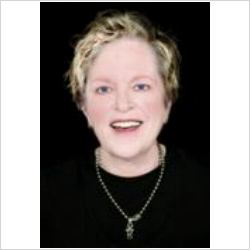 Kelcey Fry is a hairdresser and one of Hollywood’s leading makeup artists, with a 30-year career including films like The Artist, Hitchcock, Indiana Jones and the Kingdom of the Crystal Skull, Pirates of the Caribbean I and II, and Something’s Gotta Give. With a daytime Emmy award (General Hospital) and primetime Emmy nomination (Six Feet Under), Kelcey’s celebrity clientele includes Diane Keaton (personal makeup artist for the last 12 years), Lily Tomlin, Helen Hunt, Nancy Travis, and Donald Sutherland. Interviewed by Winn Claybaugh, Kelcey confidently shares the secrets for succeeding in any career while